The baby carrier industry alliance wants you to know this:


Over the last year, much misinformation and unwarranted fear has been cast on sling style carriers through announcements by Consumer Reports and the Consumer Product Safety Commission (CPSC), as well as the recall of the Infantino Slingrider. The Baby Carrier Industry Alliance (BCIA) is aware of research supporting the overwhelming benefit of baby carriers and knows that the view that sling carriers are unsafe is wholly inaccurate. In fact, the chance of an individual being struck by lightening is twice that of the mortality rate of children while being worn in baby slings.

Using a soft baby carrier (“babywearing”) supports baby and mother’s biological need to be together. For mothers, it facilitates initiation and ease of breastfeeding as well as helps mothers form attachments to their babies, care for themselves and their babies during the newborn stage and avoid postpartum depression. In addition, babywearing is practical, comfortable and convenient for caregivers. For babies, it decreases infant crying, colic and infant acid reflux disease. It promotes healthy physical development of the spine, vestibular system, vision and other systems in babies. It optimizes the mental development of babies because worn babies have an enriched environment which, in turn, helps their brains to develop better. Babies in slings spend more time in the quiet alert state known to be optimal for learning and development.

Further, it helps babies develop socially and keeps babies safe from the multitude of surrounding hazards of every day life. For a parent to realize these benefits, it is essential that the carrier(s) used mimic in-arms carrying and allow the baby and mother to be in maximum contact with each other. The baby should be cuddled directly against the caregiver’s body, oriented vertically, with the baby’s head ABOVE the caregiver’s chest, near the caregiver’s collarbone. Ideally, physical obstacles between parent and child should be eliminated, allowing for proper skin to skin contact, also known as kangaroo care, and breastfeeding. While there are alternate baby holding devices available to parents, nearly all of them fail to meet all of these requirements the way that traditional babywearing and sling-type carriers do.

Over the last 20 years, there have been an estimated seven million sling-type carriers sold in the United States and additional untold numbers imported by immigrants or improvised by parents of various cultures. As an industry in its infancy, the baby carrier industry needs leadership to grow past the grass roots, “do-it-yourself” stage. With over 100 years combined experience in the baby carrier industry, the BCIA is uniquely positioned to lead the way.

As parents and leaders in their field, members of the BCIA are conscious of safety with regard to their carriers and are constantly working to improve safety and comfort for both baby and caregiver. In April of 2007, several of the leading US manufacturers approached the American Society for Testing and Materials, now called ASTM International, with a request to participate in developing standards for sling-style carriers. They have worked with the ASTM since April of 2008 and are very close to achieving their goal of a sling standard.

This standard will join the standards for cribs, strollers, hand-held infant carriers, bouncer seats, play yards and other nursery products as a way to protect the public from unsafe products. As with many of these standards, the BCIA hopes that any mandatory standard will conform to this ASTM industry standard. The BCIA will also join with the CPSC and other representative manufacturers on educational campaigns promoting the safest environments for babies and toddlers.

Babies under the age of four months, with their immature respiratory systems and lack of muscle strength and control, are especially vulnerable to death and injury. This susceptibility is magnified when they are left unattended. Keeping babies close and under direct supervision, such as when they are carried in a sling-style carrier, is the best way to ensure their well being.

The Consumer Product Safety Commission (CPSC) recently issued a warning about the dangers of using baby slings, due to the occurrence of three infant deaths that the agency attributed to baby slings. As parents, we are deeply saddened by these tragedies and extend our heartfelt condolences to the families affected. As educators, we are dismayed that the CPSC has mistakenly lumped all carriers together and inadvertently tainted our industry as a whole. The carrier in question is structurally distinct from baby slings in general and the BCIA is working to clarify this difference.

Sling-style carriers have an exceptional safety record. While the death of any baby is tragic, the small number of deaths in sling-style carriers only serve to emphasize the safety of these products. Baby slings are the optimal place for babies to spend time safely developing and bonding to parents in a nurturing environment. Research shows that this caregiver attachment and stimulating, safe environment are critical to early childhood development. Parents, educators, advocates, manufacturers, and our civil servants need to stand together to maintain the rights of babies and allow parents to buy, make and use baby slings.

The Baby Carrier Industry Alliance (BCIA) is an alliance of industry leaders that was organized to share standards across the industry, promote educational outreach, participate in research and help small businesses comply with standards. The BCIA works with the ASTM and CPSC to ensure that parents and babies continue to have access to the safe, quality baby carriers that emulate in-arms carrying, providing the greatest benefit to both caregivers and children.

The Baby Carrier Industry Alliance (BCIA) is firmly committed to the development, health and safety of all infants. We believe that sling-type carriers and other traditional baby carriers are superior to any alternative products in which a baby might spend his or her time. Our mission is to promote a parenting mode called “babywearing” which is the practice of using a fabric carrier, more or less constructed, to hold a baby or young child securely to the torso of an adult, typically the parent. The goal of BCIA is to protect children by ensuring that the products that facilitate this practice remain widely available to consumers and are safely used.

ENDORSEMENTS FROM LEADING EXPERTS on BABYWEARING

Author, Babywearing: The Benefits and Beauty of This Ancient Tradition

“My heart goes out to those parents who have lost their babies while trying to hold their babies close in a sling. The CPSC warning is very important if it can help us prevent even one death. It is important to understand that any baby carrier or holder can be used in an unsafe manner and certain carriers can promote improper positioning simply by their design. This does not mean that the act of babywearing is unsafe. On the contrary, when done properly, wearing our baby close in a soft carrier can actually help make us more responsive to their needs, ensuring a safer environment. The key to safe babywearing is responsiveness. We must be aware of our baby even while they are in a soft carrier. The soft fabric of a sling means that we are able to use our hands from the outside to check on baby and make sure that baby is comfortable and breathing easily.

As a physician, I would welcome good randomized controlled trials supporting the best positioning for infants in baby carriers and the best designs to promote this optimal positioning. Until then, our best guess is that baby should be held upright, visible at all times, mouth and nose clear, and head and neck should be in good alignment. In order to best learn from the CPSC warning, we should know what types of slings were involved and the circumstances surrounding the deaths.

“a child .. placed upright in a suitable baby carrier or embraced firmly and properly in a wrap, supported and upright against the body of the parents, firmly embraced by the fabric, which ensures that even the smallest little one will not sink into himself ending in an over-curvature of the spine, staying out of the danger zone of the little head being forced into a position that will compromise the breathing. The upright supported posture allows even very small babies moving patterns that are usually not seen until two to three month later. Free from the chore of controlling and holding his little head while trying to stabilize against gravity, an infant secured in a wrap for example can hold and turn his own head early on.”

Cultures that carry babies with the child’s legs spread apart, such as riding on the mother’s hip, have, by far, the lowest incidence of hips that go on to be bad. African mothers have the best track record of all. Their protective way of carrying babies is unbeaten – held in an open-legged position by a sling-bandana. Cultures that wrap legs together in one way or another (swaddling, etc.) just plain destroy hips. Swaddling of children leads to waddling adults.

“Infants who are carried around everywhere in this baby sling either on the hip, on the stomach or on their mother’s back develop better than those who spend most of their time in a baby cot. This applies equally to their motor, cognitive and emotional development. Parents generally only rock their children when they want to calm them down or reassure them. Eminent pediatricians and orthopedic specialists recommend the sling for the following reasons: the baby’s eyes see very much more of their surroundings. This provides more stimuli for the infant’s brain. The mother’s movements stimulate all skin receptors but also the organs of movement and balance. Every time the centre of gravity shifts the reflexes of both the nerves and muscles are stimulated. The intensive eye- and body contact with the mother or father (because he too should carry the infant) imparts a feeling of safe wellbeing whose psycho-social importance is immeasurable.”

Prof. Dr. med. Büschelberger (Dresden)
“The head of the thighbone in a newborn is ideally orientated towards the hip socket – and thus fills it out evenly-when the legs are pulled up to approx. 100 degrees and spread approx. 40 degrees at the same time.

When infants are picked up they take up this posture spontaneously and therefore it has to co-operate with their aAs well, the rounded back (kyphosis) doesn’t stretch out immediately after birth. On the contrary, the well-known double-s-form of the spine is developing fully at the beginning of self-supported walking.

These anatomic conditions, together with the palmar grasp reflex of the first days in life, suggest that infants are especially adapted to being carried on our body.

Thus, it is possible to make a statement about the ideal carrying position: with wide-spread,flexed legs, slightly rounded back and orientated towards the carrying adult."

“The greatest expression of love is holding and carrying your baby. For centuries, humans have carried their children much of the dayundefineduntil the invention of the stroller and the portable car seat. It is the most natural thing to carry a baby close to your body. A child needs physical contact and must be held for proper physical and mental development. In today’s society, we must do every thing we can to help our children be well-adjusted. A baby sling or carrying cloth is the most natural way to facilitate these needs. In addition, parents who carry their children create a special bond between them and the child that will last forever. We have used slings extensively and I recommend them to every mother and father.”
Enviar entrada por correo electrónico
Etiquetas: Mamás llevando bebés. Canguro Colombia. Mamás cargando bebés. Safety babywearing; Baby sling Bogotá; Baby sling en Colombia; Mochilas portabebés. storchenwiege. portabebes ergonómicos 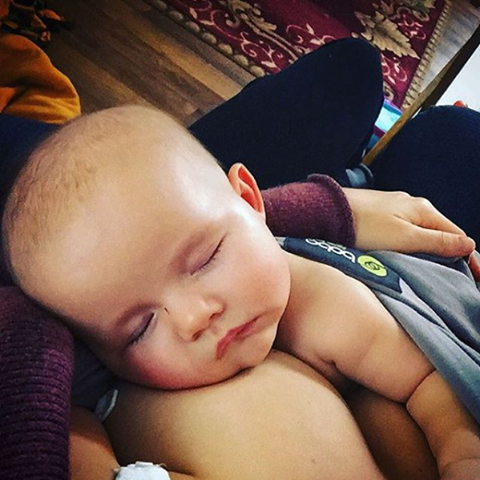 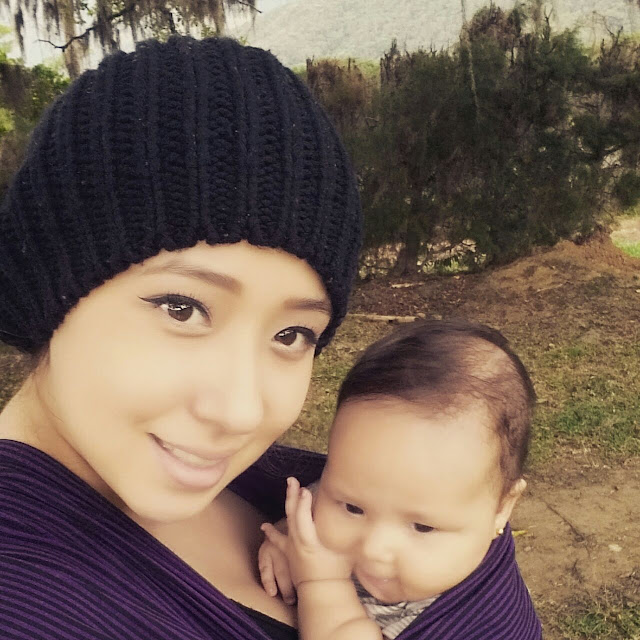